Company Name
The Food Institute
Bio
Founded in 1928, The Food Institute has a single purpose: providing information. The Food Institute was founded by Seattle food broker Gordon C. Corbaley who decided to put out a semi-regular posting for his principals -- mainly canners -- and his customers, so they could keep better informed about what was going on in the marketplace. He called his postings The News From Oregon and Washington. The reports were welcomed by the trade as poor communication systems back in the Coolidge era resulted in a great deal of business being done by poorly informed (at times actually misinformed) buyers and sellers.

A number of Corbaley's principals were so impressed with his postings, they decided the industry would be better off with one less broker and, instead, have some sort of central information organization working strictly on accumulating and disseminating facts on the business. These food processors approached the major can companies for initial funding. The new association based its operations in New York City until 1968 when it moved to Fair Lawn, NJ and in 2010 it moved to its present location in Upper Saddle River, NJ.

Over the years, our reporting has evolved, changing to reflect the developments in the industry, but the basic premise of getting the correct information, and getting it fast enough so that people can act on it, has never changed. Today we offer….

The weekly Food Institute Report
The industry's most comprehensive website
Seminars and webinars on the hottest topics and the latest trends
A wide variety of highly respected reports and studies
The most respected Daily Update emails in the industry to over 100,000 key decision makers
A staff of industry analysts to answer member inquiries and fulfill information requests
Speaking At
Thanks For Not Smoking, Cannabis In The Food & Beverage Industry
Company Type
Public 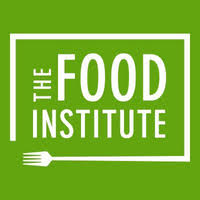 ***Note: clicking on a "Speaking At" link will show presentation or breakout details***
Please email CompanyProfile@icrconference.com for any questions concerning the company profile
Close